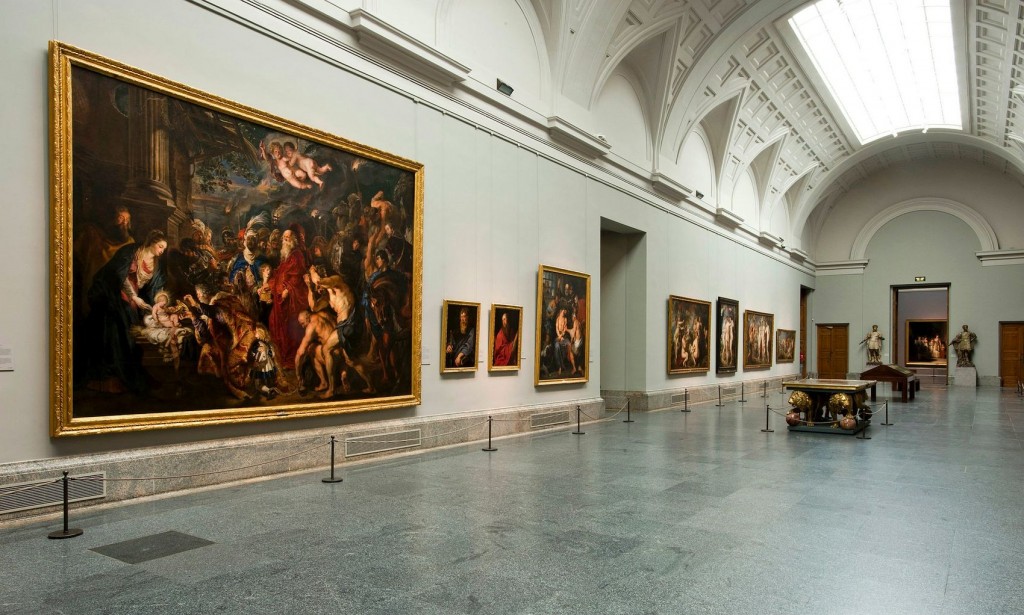 It is one of the most important in the world. It is located in Paris (France), in the former royal palace of the Louvre, and currently promotes two sub-offices, in Lens (France) and in Abu Dhabi (United Arab Emirates). It has one of the most important art galleries in Europe and the world with works like La ‘Gioconda’ by Leonardo Da Vinci. As well as a large group of sculptures among which is the famous ‘Venus de Milo’, another of the museum’s banners. It also includes an extensive collection of works from ancient Egypt, not to mention the glass pyramid located at the entrance to the museum, which has become another of its symbols. The opening of the Louvre in 1793 meant, within the history of museums, the transfer of the private collections of the ruling classes (monarchy, aristocracy and Church) to publicly owned galleries for the enjoyment of society as a whole. For this reason the Louvre was the precedent of all the great national museums, and in fact was the model for many of them. It is the most visited art museum in the world. Not only is it one of the most famous pinacotecas in the world, it is also the most important in Spain; The Prado Museum is located in the city of Madrid and has one of the largest collections of paintings in the entire planet. Among his many works are ‘Las Meninas’ by Diego Velázquez, ‘El caballero con el mano en el pecho’ by El Greco and ‘Los fusilamientos del dos de mayo’, by Goya. But in the Museo del Prado not only exhibits paintings, it also has a large group of sculptures of great value. The Museum’s painting collection exceeds 8600 works. Of these, just over 3000 come from the Royal Collection, just over 2000 from the Museum of the Trinity and the rest, more than 3500, from the fund called New Acquisitions, which also include those made by the Museum of the Trinidad and the paintings he received in 1971 from the Museum of Modern Art. 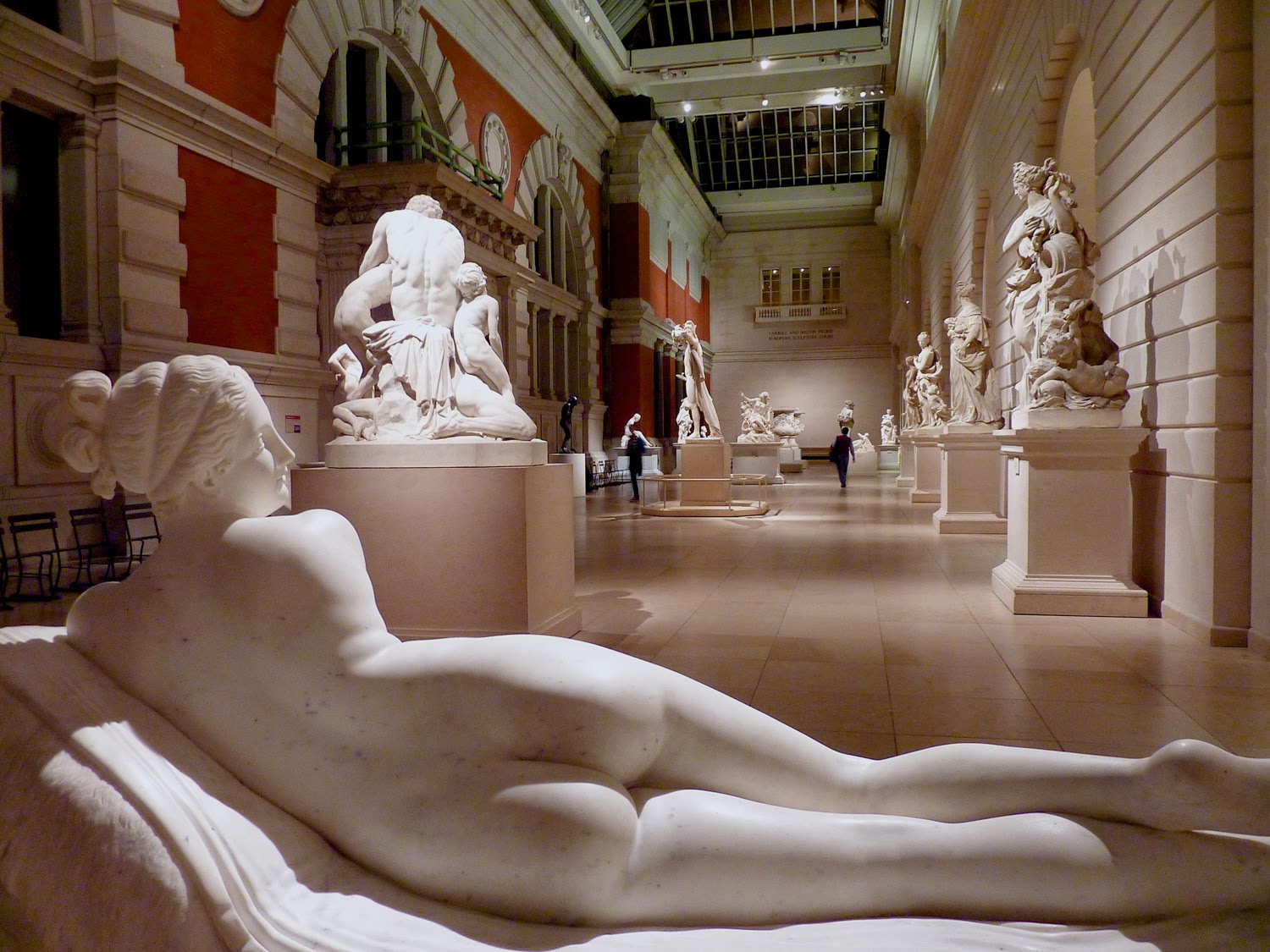 It is one of the most outstanding art museums in the world. Located in the district of Manhattan, in the city of New York, it opened its doors on February 20, 1872. The collection of the museum is more than two million works of art from around the world. The collections range from treasures of classical antiquity, represented in their galleries in Greece and Cyprus, to paintings and sculptures by almost all the masters of Europe and a large collection of American works. Masterpieces by Rafael, Titian, El Greco, Rembrandt, Velázquez, Picasso, Pollock, Braque and many more are on display. The museum has a large collection of Egyptian, African, Asian, Oceanic, Middle Eastern, Byzantine and Islamic art. The André Meyer galleries contain large works of European art from the 19th century, with particular emphasis on Impressionist and post-impressionist painters, as well as a large collection of Rodin sculptures.

It has paintings by classic authors such as Velázquez or Rembrandt, with a large collection of medieval and Islamic works, with an Egyptian temple, with pieces from Japan and the Far East, etc; the number of works of art in this museum is truly incredible, and the origin of them could not be more varied. It is located next to ‘Central Park’

It is a Spanish art museum of the twentieth century and contemporary, based in Madrid. The Reina Sofía Museum Collection is made up of more than 21,000 works. It was the headquarters of the old General Hospital of Madrid, a large neoclassical building from the 18th century located in the Atocha area, near the homonymous train and metro stations. This hospital was initially designed by José de Hermosilla and later continued by Francesco Sabatini, and is currently known as the Sabatini building in honor of this Italian architect. The museum was inaugurated in 1992. In September 2005, the institution’s facilities were expanded with the opening of the Nouvel building at the start of the Ronda de Atocha. It has one of the largest and best collections of contemporary art in the world. one of his most emblematic works is the ‘Guernica’ by Picasso, one of the best known works of this famous painter.

The Reina Sofía is the southern vertex of what is known as Madrid’s Art Triangle, which includes two other famous museums: the Prado and the Thyssen-Bornemisza. In the permanent collection of the museum highlights a core of works of great Spanish artists of the twentieth century, especially Pablo Picasso, Salvador Dalí and Joan Miró, represented widely and with some of his best works. Also very relevant are the collections of surrealist art (with works by Francis Picabia, René Magritte, Óscar Domínguez or Yves Tanguy, as well as the ones already mentioned Miró and Dalí), of cubism (which adds names such as Juan Gris, Georges to the Picasso collection). Braque, Robert Delaunay, Fernand Léger or Albert Gleizes), and the presence of expressionist artists, such as Francis Bacon or Antonio Saura.

Along with these authors there are many others of different tendencies as prominent as Lucio Fontana, Yves Klein, Diego Rivera, Alexander Calder, Roberto Matta, Mark Rothko, Antonio López García, Antoni Tàpies, Miquel Barceló or Sam Francis. The number of visitors has gradually increased to become the most visited museum in Spain and one of the most visited in the world. These data and the active policy of acquisitions have placed him in a privileged position among international museums of contemporary art.

MUSEUM OF THE HERMITAGE, SAINT PETERSBURG

It is one of the largest art galleries and antique museums in the world. The museum’s collection occupies a complex consisting of six buildings located on the banks of the Neva River, the most important of which is the Winter Palace, the official residence of the Tsars. Its collection, made up of more than 3 million pieces, ranges from Roman and Greek antiquities, to paintings and sculptures of the Western European, Oriental art, archaeological pieces, Russian art, jewelry or weapons. Its art gallery is considered, together with the Prado Museum, as the most complete in the world.

The history of the Hermitage begins with Peter the Great, when he acquired several works of art, among which were David saying goodbye to Jonatan, Rembrandt and The Venus of Taurida. It is considered that the museum was officially born in 1764, when a Berlin merchant sent 225 paintings to Catherine II in payment of debts. Upon receiving them, Catalina wanted her gallery not to be overtaken by the collections of other monarchs and she began to buy almost everything that was sold in European auctions. Fans of classical painting have a must visit at the ‘National Gallery’ in London, which has an immense collection of over 2,300 paintings by European authors, a collection belonging to the British State. Chronologically speaking, the pinacoteca has pieces that go from the end of S. XIII to S. XIX, being some of the most famous the ‘Venus of the mirror’, the Spanish Diego Velázquez or ‘Los Girasoles’, by Van Gohg. Inaugurated in 1824. The entrance, as it happens with the vast majority of London’s museums, is free, unless you want to access a special exhibition, in which case you will have to pay a small amount of money. It is located in the center of London, very close to the River Thames. It exhibits European painting from 1250 to 1900, from the national art collection of the United Kingdom. For its content is a gallery and not a general museum, it does not exhibit sculptures or other arts, which are displayed in other major museums of the capital. It is a pinacoteca of old and modern masters located in Madrid (Spain). Its existence is due to the lease agreement (1988) and the subsequent acquisition, by the Spanish Government (1993), of the most valuable core of the private collection collected over seven decades by the Thyssen-Bornemisza family. This artistic background provided numerous examples of foreign painters absent from Spanish museums, from the Gothic of the fourteenth and fifteenth centuries (Duccio, Jan van Eyck) to pop art and figurative painting of the 1980s (Lucian Freud, Richard Estes) , reason why it came to complement the repertoire exhibited in the two main state centers, the Prado Museum and the Reina Sofía. The opening of the Museo Thyssen-Bornemisza in 1992 gave rise, when these two museums joined, to the so-called Art Triangle of Paseo del Prado, Madrid’s museum area, which concentrates the most important pictorial collection in Spain.

The institution, managed by a foundation under public control, has its headquarters in a historic building, the Villahermosa Palace, where it exhibits the bulk of its collection: more than 700 works (another sixty are exhibited on deposit at the MNAC in Barcelona). Thanks to an annex added in 2004, he extended his exhibition with some 240 more pieces, borrowed by Carmen Cervera, widow of Baron Thyssen. In parallel, the museum hosts multiple temporary exhibitions.

“In Red Karpet Travel we make of your trips unforgettable experiences”